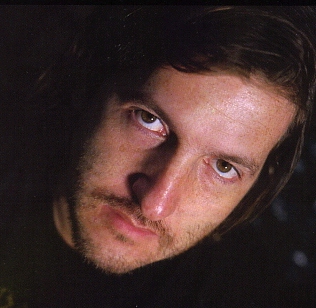 Ultraviolet is the brainchild of Joe Ahearne the writer/director of this Channel Four science-fiction series. Born in London, he has always been interested in vampires, and grew up watching the old Hammer-horror and Peter Cushing films.

The series went through a number of stages, the original idea being to have a Vampire detective. However the logistics of filming at night and the fact it had already been done (Forever Knight is a series that has a similar premise) meant Ahearne had to take a different tack. The first draft was also a lot more action based that the psychological drama it turned into.

The series is most notable for its non use of the word "Vampire", instead they are called Code 5, (The roman numeral for 5 is V). For some unknown reason this seems to add an air of class to the show, putting it on a par with shows like the X-files and Millennium.

The Story revolves around Detective Sergeant Michael Coleman, Mike to his friends. Along with his partner Jack, who he has known for ten years, they work at a police station near the river Thames in London. Mike is due to be Jack's best man at his forthcoming wedding to Kirsty. Sadly Jack never makes it to the wedding, and CIB become involved in his disappearance. Kirsty then learns of Jack's secret life and an offshore bank account with £58,000 in it. Jack also disappeared immediately after an informant of theirs was murdered. The evidence is mounting towards Jack being on the take, something neither Mike or Kirsty believe. Mike is determined to find out what happened to Jack.

It soon becomes clear that the CIB operatives, Detective Inspector Angela March (Angie) and Detective Sergeant Vaughan Rice are not CIB at all. They in fact work for a secret government organisation which hunts down vampires. Mike discovers Jack is alive and well, but that Angie and Vaughan are out to kill him.

Mike agrees to meet up with Jack, but something has change in him. Following up a lead of the murdered informant Mike stumbles across a raid. The man is killed at point blank range, with the use of some strange weapons. The tear gas does nothing but stink worse than garlic! Mike manages to get a gun before escaping through a window. The gun has a video camera on the end of it showing the view in front of the user.

It takes some convincing but Mike finally comes to terms with the fact Jack was on the take and is now a vampire. When his life is threatened by Jack, Mike ends up killing his friend. Telling Kirsty is the worst part, as he can't tell her everything, and it becomes obvious he has feeling for her.

Jack then joins forces with Angie and Vaughan in their fight against the Vampires....

As with any show dealing with vampires there are certain rules that vampires live by. They are: